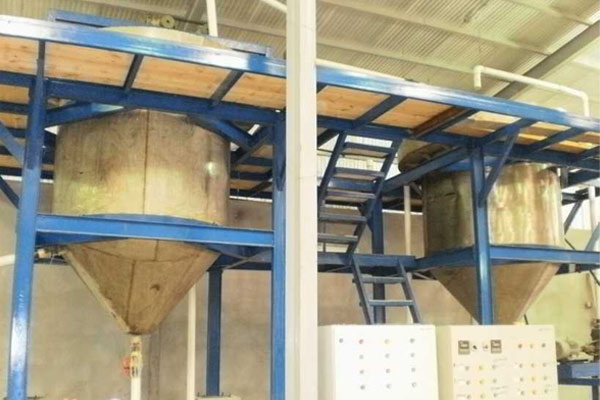 Elutriation tanks are similar to thickeners, with the difference that a large volume of water is added to the sludge at the tank intake. Elutriation Tank separates particles based on their size, shape and density. In many cases, two tanks for the dirt to be elutriated and the washing water respectively are installed ahead of the elutriation tank on the feed line, so that the rate of dilution can be monitored easily.

Thickener washing tank is a major component in the salt plant layout. As a feed stream enters the thickener, the solids settle to the bottom. Clarified liquor overflows to the top and settled solids underflow is removed from the bottom. The primary purpose of thickening is to increase the solids concentration of the feed stream.